I feel a little rusty, coming back to the blog after letting it languish for so long. When I was keeping up with the Sniderville posts it was easy to update you: I may have a memory like a goldfish, but I can remember all the goings-on of the past week. But I got busy doing everything else, until it all became a blur. I’m probably missing a ton of news, but here are some highlights:

– I knit half of a blanket that proved I should never do math unattended: rewrite the pattern? Sure thing, easy peasy, oh shit this thing is huge what am I doing. Let’s just say the width is longer than I had intended the length to be. Swatches are for sissies.

– I experienced my first Black Friday sale, wherein I gained a tablet for wondrous write-anywhere purposes and (temporarily) lost the feeling in my toes. Turns out it was -14 degrees Celsius that morning. Toes, schmoes, now I can write in bed while my husband sleeps!

– I picked up my long-dusty Tarot deck and have begun doing readings again.

I can’t promise I’ll be around much until after the holidays: I’ve pledged myself to an absurd amount of baking and knitting and might not sleep until January. But I wanted to stop by and say hi to you guys.

I’m making some exciting headway on my novel (“novel” is such a terrifying word, fraught with danger, that I dare not speak it aloud). I’m very superstitious, it turns out, and honestly even writing about how well it’s going makes me afraid of jinxing it.

You gotta strike while the iron’s hot, they say. So, in homage to the good old days when I’d see the whole night through, I’m queuing up the coffee maker and having myself a little write-a-thon tonight. Once C heads to bed, the games begin.

I don’t remember the last time I was this excited about a story. And now, to appease the Gods of humility, let us not speak of it until the night is through.

(via my friend Eva; image from Eat Sleep Read on Facebook) 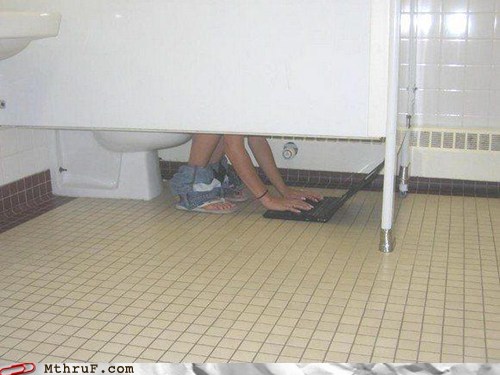 Well? What’s it gonna take to write that novel?