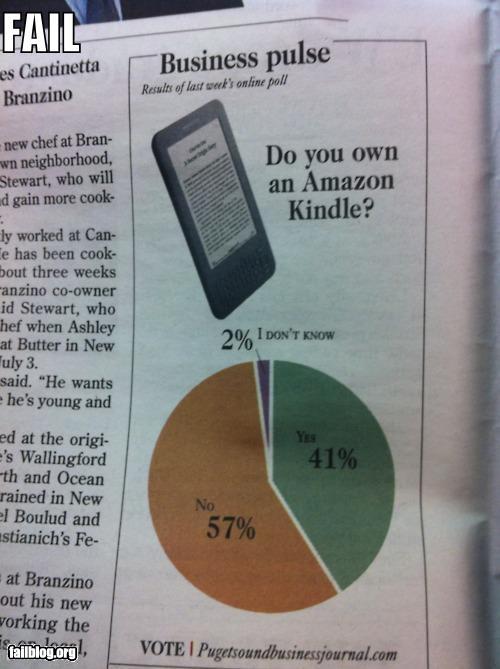 As an e-book writer, it’s heartening to see that 41% said yes. But I worry about those 2% in the middle there…

He’s got that look in his eyes again, the one that only brings trouble. “Buddy,” I warn him, “cool it.”

I know he can hear me, at least on some level, but the part of him I can see is all glassy eyes and stiff body. He’s just like a hound, when he gets like this, and I get that feeling in my gut again. I know something’s going down, and soon.

My brother bobs his head absently to the music from the juke. It’s some of that C&W bullshit he’s always playing on the truck radio. I can’t stand it, myself, all heartbreak and such. Life has enough problems, believe you me, without adding more.

I know all about that.

Buddy’s leaning forward on his stool a little. His massive gut pushes up against the high table but he don’t seem to notice. The bar’s crowded tonight, men drinking off the week. Some came with their own woman. Some came with another man’s.

I get that feeling, and I know he’s seen her.

Her: he doesn’t know her name yet. Might not ever find it out. Don’t matter. She’ll be pretty and brunette. She’ll be drinkin’ like a fish. She’ll be alone, and that’s the part that matters. Buddy knows enough to know that if he’s gonna do what I think he’s gonna do, he’s got to be selective.

He had a close call that one time; closer than I like to remember. I saved his ass when maybe I shouldn’t have but at least the big dummy learned from it.

Then I see her through the crowd. She’s got long brown ringlets, and she’s dressed all in Cowboy, like this is some kinda costume party. Big ol’ mug of beer in one hand, too-high boots on her feet. She’s wobbling, bumping into people, looking at them like they’re the ones not watching their step.

My stomach turns liquid and I worry I might crap myself, right here on this stool in the middle of Corey’s.

“That’s her,” Buddy says, his voice raspy and low.

“She’s the one,” he says, and he’s gone, the stool rocking on half its legs behind him.

“Shit,” I say. I toss the rest of my beer down my throat. I have time for that, at least.

By the time I get to him, he’s already talking in her ear. He’s careful not to touch her, and to someone watching, that might look strange, but I know he can’t help it. He feels safer like that, even though I told him it don’t make a difference. She’s got her eyes half closed, and she’s nodding these big sloppy nods.

She’s the one alright. 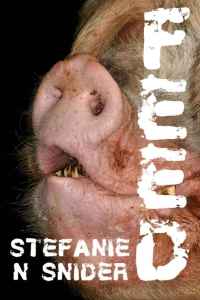 Blood is thicker than water, and it’s my job to protect my little brother.
No matter what monstrous things he does.

Grab a copy of FEED for your Kindle, then turn the lights down and get ready. The pigs are hungry…