“We all have 10,000 bad drawings in us. The sooner we get them out the better.”
– Walt Stanchfield

“I think it takes about a million words to make a writer. I mean that you’re going to throw away.”
– Jerry Pournelle

Jonathan Hardesty began posting his sketchbook to ConceptArt.org when he was just beginning as a visual artist. His first posting looked like this:

Some people would get discouraged, would say that they’re not cut out for art. They’d look at a sketch like this and compare it to the work of practiced artists and conclude that they’ll never be as good.

But Hardesty kept drawing. And painting. And posting. He told the forums that he filled every spare moment with drawing practice. I seem to recall a story of his wife driving a long leg of a roadtrip so he could keep his hands on his pencils. He developed a singlemindedness that we could all learn from.

Eventually he posted this: 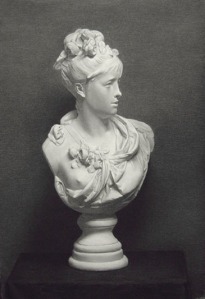 What if he’d stopped at the green cylinder? What if you stop every time you get discouraged?

His sketchbook is still growing. You can find it here.